One year after BLM, ethnic minority young people are still worried about how racism will affect their life chances, new survey finds 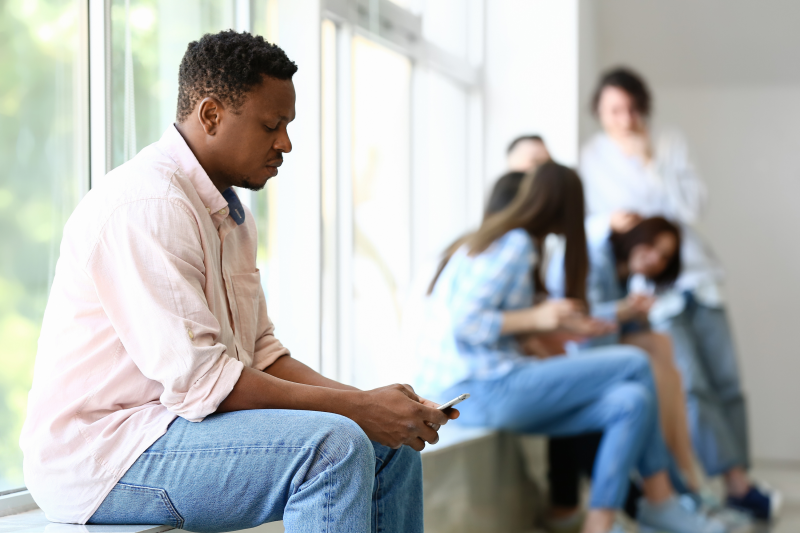 In the report, BTEG calls on Government, employers, educational bodies and youth organisations to consider its three recommendations to ensure the life chances of all young people are maximised.

Although all young people are worried about the impact of Covid-19 on their health and future employment opportunities, a new survey conducted by the Black Training and Enterprise Group (BTEG) found that Black, Asian and Mixed ethnicity young people aged 16-24 also rate racial discrimination and poverty as their biggest concerns.

This contrasts with a wider survey of young people conducted by Hope not Hate that put the economy and unemployment in second and third place on the list of their concerns.

The BTEG 2021 Young People Survey provides a snapshot of the experiences and ambitions of Black, Asian and Mixed ethnicity young people across the UK regarding jobs, apprenticeships and careers.

Mental health is particularly concerning for young people from Asian and Mixed ethnic groups, while racial discrimination is of most concern for young Black people.

In response to the survey question about the impact of BLM on employment opportunities, one mixed ethnicity female respondent commented:

‘I hope it will have a positive effect - I think it probably has had at least a short-term effect at big, visible companies who are on a big diversity push. Whether that will last I don’t know. I don’t know if it will affect job chances for someone like me though – I think small/medium businesses aren’t that bothered. The last company I worked at had around 400 staff, only 5 were BAME and one was Black (me)’

Almost one third would definitely NOT use Jobcentre Plus.

In the report, BTEG calls on Government, employers, educational bodies and youth organisations to consider its three recommendations to ensure the life chances of all young people are maximised.

‘All young people in the UK have had their lives, education and opportunities disrupted. They have shown tremendous resilience, but many are struggling with their mental health. Our survey cannot be considered representative of all ethnic minority young people, but it clearly provides powerful insights which must be factored into the Government’s Levelling Up agenda which places no emphasis on tackling racial discrimination.’

The full report is available to view here.

Equality, Diversity and Inclusion in Construction

Improving diversity and inclusion in the workplace is a challenge for all sectors. In the instance of the construction industry, this is certainly the case.

According to the Construction Industry Training Board, the industry average for ethnic diversity is about 13%. (CITB). Furthermore, the Office for National Statistics (ONS) Labour Force Survey states in the fourth quarter of the previous year that just 5.4% of construction workers were from ethnic minority backgrounds.

In Europe, the United Kingdom has the smallest proportion of female engineers. In the UK, 9.3% of construction workers have a disability or neurodiversity, and a third of LGBTQIA+ workers feel that their sexual orientation is a barrier to career progression in the industry.

Equality, Diversity and Inclusion in Construction, part of the 2021 Construction Series, will address the most pressing issues for construction professionals in the workplace that promote a healthier work environment that drives inclusion and enhances work-life balances for its workers in the post-pandemic era.

Learn more about the event here.

Towards Better Health and Wellbeing in the Workplace