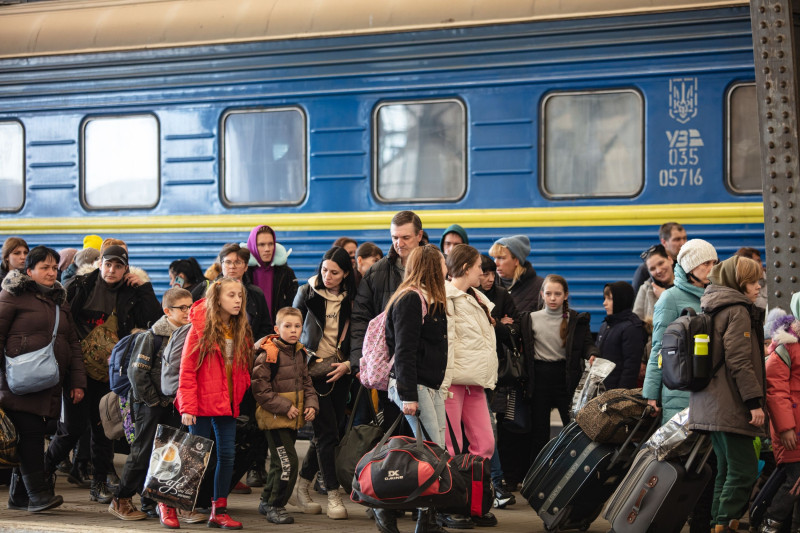 Double standards, discrimination, and inequality. Is this a fair description of the UK government’s approach to refugee crises?

What does it say about our government and society, if we mobilise vast resources to support refugees from Ukraine, while deploying the Royal Navy to the English Channel to turnaround boats of refugees from other countries? Both are seeking freedom from persecution and a better, safer life.

Contrast the Nationality and Borders Bill, which will criminalise refugees coming to the UK by irregular routes (in the absence of sufficient official channels), with government funding for the Homes for Ukraine scheme. Worse still, the proposal to fly refugees who make it to the UK out to Rwanda, while Home Office officials process their asylum claims.

Of course, refugee and migration policy is hugely complicated and contested; over-simplifying it disguises a myriad of issues.

In April 2022, The Institute of Government & Public Policy hosted a conference to explore these issues with our partners at the University of East London’s newly formed Centre for Social Justice and Change and the Centre for Research on Migration, Refugees and Belonging.

The theme was ‘What does global justice look like in refugee crises: putting the Ukraine crisis in perspective?’ It was the Centre for Social Justice’s inaugural conference.

We held it a month after the latest Russian invasion of Ukraine. By that time, 4.1 million Ukrainian refugees had left the country.

First-up to address this important topic was Professor Giorgia Diona, Co-Director of the Centre for Research on Migration, Refugees and Belonging. Professor Diona gave us an in-depth analysis of governmental responses to the Ukrainian refugee crisis, contrasting the EU’s approach with the UK’s. She explained the paradigm shift in approach compared with previous crises, describing a situation where some refugees (like Ukrainians) are ‘deserving’ while others are ‘undeserving.’ Her briefing emphasised the gender dynamic of the Ukrainian refugee crisis, as the refugees are disproportionately women and children. Fighting age Ukrainian men are (currently) required to stay in their home country.

Our second speaker was Dr Nooralhaq Nasimi, founder and director of the Afghanistan and Central Asian Association. A former Afghan refugee who arrived in the UK in the back of a refrigerated container, Dr Nasimi now works to achieve fair treatment for all refuges who enter the UK. His organisation seeks to improve the quality of life for refugees, focusing on their successful integration into host countries. Bringing first-hand experience of the refugee experience, he explained the challenges of resettling Ukrainian refugees in the UK; particularly the difficulty of securing funding for community projects to support new arrivals.

Closing the agenda, we heard from Shahin Ashraf, Head of Global Advocacy for Islamic Relief Worldwide and Vice-Chair of ICVA, a global NGO network for principled and effective humanitarian action.

In an impassioned talk, Shahin started by describing the challenges facing the people of Afghanistan. Since the withdrawal of international military forces and the suspension of most non-humanitarian funding in May 2021, humanitarian need has skyrocketed. Some estimates assess 97% of the Afghan population to be living below the poverty line. Decades of conflict have weakened the country’s ability to cope with new shocks, such as the Covid pandemic and the severe drought hitting over 80 per cent of the country. The drought is crippling food production, forcing people from their land and contributing to the spiral downwards of the economy. Yet, media attention and funding has pivoted from Afghanistan to fresh crises, such as the Ukraine war.

Inconsistencies in protecting and resettling refugees from different countries and cultures are viewed by some as racism. There are double standards for sure.

Shanin Asraf’s view was that we have the power, we have the structures, and we have the skills to help all countries when such crises arise. She concluded with a call to action that:

“We commit to a more equitable sharing of the burden and responsibility of supporting the world’s refugees… that we reaffirm our obligations to fully respect the human rights of refugees and migrants, that we agree that protecting refugees and the countries that shelter them are shared international responsibilities and must be borne more equitably, and predictably, and in safety.”

She added, “it’s time that we stop demonising migrants and start tackling the real problems that actually force people to move in the first place, to build a global economy for people and not for profit.”

Will the Ukraine crisis lead to an evaluation of how we treat refugees? Will we level-up our refugee protection and response to all refugees to the levels we have offered to Ukrainians? Will we normalise the Ukrainian reception to other refugees? Probably not, but we could and should.

Further events on refugees and humanitarian issues are planned. These include our Working in Partnership to Meet the Needs of Refugees and Asylum Seekers 2022 event on 23 August 2022 (online). Click on the event link to secure your place.

You can listen to an audio recording of the ‘What does global justice look like in refugee crises?’ event (56 minutes) at the link below.

Improving the Lives of Autistic People and their Families and Carers