How is AI transforming public spaces? 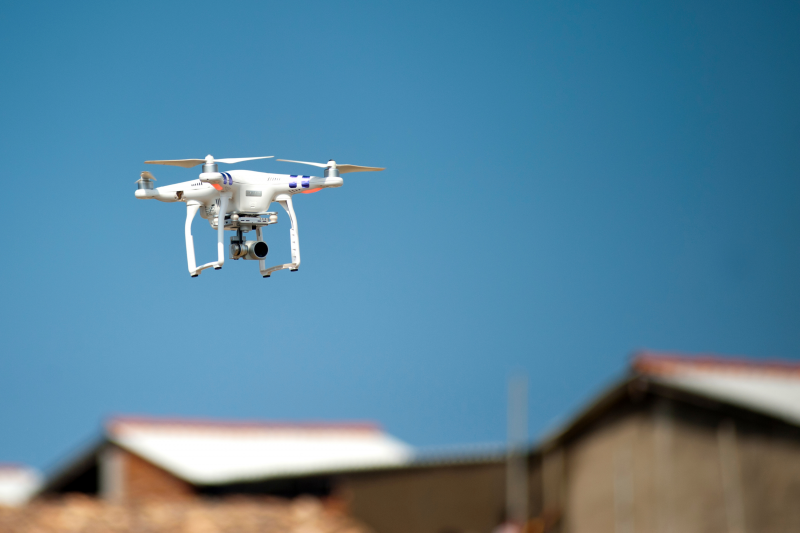 Alice Palmer investigates how technology, artificial intelligence, and augmented reality have transformed certain aspects of daily life in the UK, including public spaces and governance.

Artificial intelligence (AI) is anticipated to be one of the most game-changing technologies upon its widespread adoption. Unlike passive machines that are only capable of predetermined responses, AI software systems are designed to make decisions using real-time data. They operate intentionally and adaptively, so they create responses that normally require a human level of expertise. By using data from sensors, remote inputs, and digital sources, AI algorithms can analyse all factors and help people deal with issues as they come up.

Based on the survey on Data Foundations and AI Adoption in the UK, AI remains an emerging technology in the country. Only 27% of organisations are at the Released and Advanced level (fully integrated AI into their systems), while 38% of organisations are still planning or piloting the tech. Interestingly, 33% of the organisations surveyed have not yet adopted AI, nor are they planning to. In the coming years, however, the continued deployment of AI will likely encourage organisations across industries to make the shift.

There are several ways AI technology is changing public spaces around the world. The most commonplace application is using AI for semi-autonomous vehicles to make public areas safer. Because AI systems can learn and adapt to make decisions, the transportation sector can be equipped with AI technologies to alert drivers of any roadblocks or pedestrians. Smart vehicles can also warn drivers of upcoming congestion, potholes, highway constructions, and other traffic impediments — and guide them towards a different route.

Combining AI with augmented reality (AR) can also be beneficial, especially as modern AR applications have become reliant on deep learning to provide more advanced functions. Tech writer Daniel Ling describes AR as the interaction and overlay of digital objects into the real world. Dutch-based app Layar, for instance, allows users to superimpose different layers and graphics on a live camera feed of their immediate surroundings. Additionally, mobile phones' GPS capabilities — along with their capacity to pull information from sites like Google — give users information about nearby establishments.

Utilising AI with other technologies like AR can provide advanced, user-friendly features like text recognition and translation, which can be helpful for foreigners and tourists moving around the country. Object labelling, detection, and recognition in AI would also allow blind or sight-impaired citizens to safely navigate public spaces around the UK. These are just some examples of transformative AI applications we can expect to see in the future.

As a whole, however, the UK is lagging behind the rest of Europe in AI adoption. According to an article by columnist Claudia Glover, British businesses aren’t as eager to utilise AI for automation. Some barriers to adoption include limited expertise, increasing data complexity, and a lack of tools for AI model development. One bright spot, however, is the UK government, ranking second only behind the US when it comes to AI readiness. In fact, the UK is looking towards computer vision and machine learning to help the country achieve its key agendas.

The local government of Enfield in London, for example, has set up an AI chatbot called Amelia to serve the 330,000 residents living in one of the city’s largest boroughs. The AI-powered robot was built to assist in moderating the 55,000 calls and 100,000 website visits received by the council each month; Amelia helps residents complete application forms and navigate the council website. In the future, Amelia may also handle complex services like social care.

According to a literature review on the 'Implications of the Use of AI in Public Governance', it’s natural to see traditional forms of service provision, policy-making, and enforcement change rapidly with the introduction of AI. Overall, including AI technologies in governance can improve the quality of public services, generate accurate forecasts, and create value in multiple government functional areas like public health, finance, transportation, and decision-support.

Between 2019 and 2020, the Metropolitan Police embarked on technical AI trials to scan crowds for wanted individuals. Unfortunately, the results showed a low level of accuracy; across three tests and 13,000 faces, the Met’s system picked out eight individuals — seven of which were not wanted suspects. The high error rates and false alarms on AI-powered policing show the potential downside of the technology as a whole. Low budgets, internet-savvy criminals, and human errors are likely to prevent the smooth use of AI.

In a blog post on Digital Trends for the Public Sector, it's shown that cybersecurity risks in the UK increased significantly over the course of the COVID-19 pandemic. According to the City of London police, almost 4000 reports of cybercrime were reported during the first month of lockdown alone, equating to £2.9 million in reported losses. A sharp rise of ransomware attacks and malicious emails also characterises the UK’s cybersecurity status at the time.

Privacy, security, and ethics are some of the challenges facing tech development in the country. Naturally, concerns about AI use in public spaces would require necessary policies. The UK currently has no AI-specific legislation, as laws must be technologically agnostic — by their very nature — to remain subject to the overarching legal framework.

Recently, however, the EU proposed a new regulation around the use of AI; the draft proposal seeks to regulate the use of AI proportionate to the level of risk each AI system presents. Most clauses are applicable to all aspects of AI use, specifically on its impact on human rights and freedoms. It’s likely that the UK legislation will closely mirror that of its nearest neighbours. While advanced technologies like AI, machine learning, and AR have much to offer, there are policy hurdles that must be overcome as they develop.

Alice Palmer is fascinated by upcoming technologies and has a keen interest in the Fourth Industrial Revolution. As a researcher and writer, she likes to stay abreast of the latest news and transformative tech trends. When she’s not reading up for her latest piece, you can probably find her taking a walk with her dachshund Rook.

Towards Better Health and Wellbeing in the Workplace